How to choose a garment steamer: the main nuances for a home gadget

Most often, steamers work in an upright position. The steam, which penetrates deeply into the fabric, allows you to smooth things of complex cut. In this case, the fibers do not stretch like iron. Unlike using a steam generator, there is no risk of losing your clothes when using a good steamer. There are a great variety of such devices on the market now. If you don’t know how to choose a steamer for your home, this article is for you.

When choosing a steamer format, it is necessary to consider the purpose for which it is purchased, what functions are needed, how intensive the operation will be, and how much space can be allocated for storing the device.

Manual. Such devices are compact and lightweight (most often, from 1 to 2 kilograms). Most of these devices do not have a hose. The iron is attached to the water container and the heating element. Due to their small dimensions, handheld devices are used when traveling, when you need to iron no more than a couple of things. Such gadgets are not designed for more because they do not work for long because of the small reservoir. In addition, they must not be turned over as they could burn with boiling water.

Outdoor. Such devices are used both at home and in clothing stores. Their mass often exceeds 5 kilograms, but it is not necessary to keep the whole body suspended. A container with water is placed on the floor, and steam is supplied through a hose. Thanks to voluminous reservoirs, the operating time is calculated in tens of minutes. This means that you can iron a significant amount of things and even curtains. Since the water is far from the iron, it can be turned over to either side. However, the hose can get in the way a little. It is also worth considering that decent dimensions will require adequate storage space. 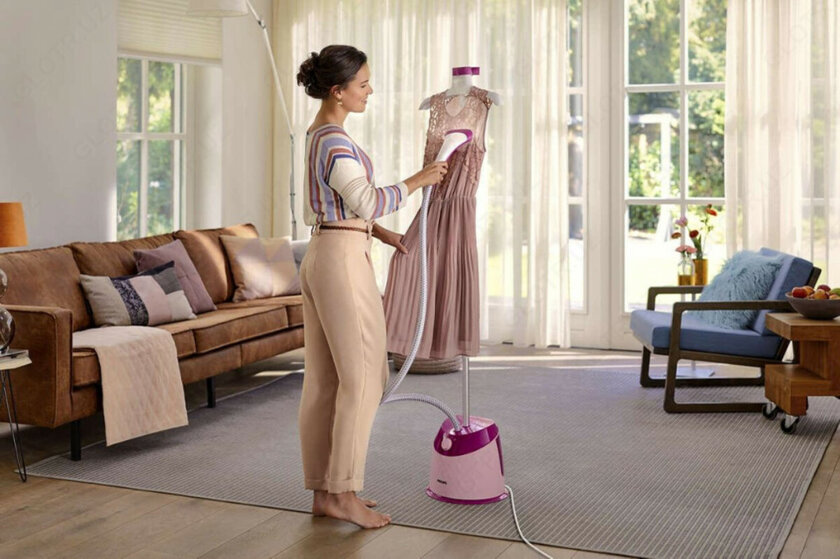 Combined. In fact, such devices combine two devices in themselves – the steamer itself and the steam cleaner. It can be used to remove dirt from floors, furniture, ovens, glass – in general, from almost any surface. Usually, such devices are equipped with all kinds of attachments specially designed for a particular type of work. Another plus is the ability to cope with even the thickest fabrics – for example, a coat. However, it’s important to remember that combo gadgets are very bulky. 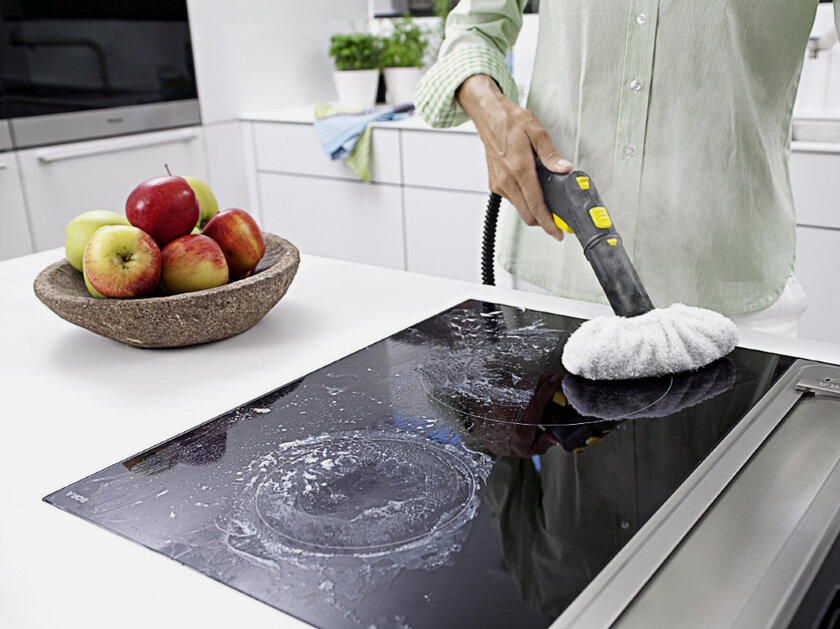 The power of the steamer depends on what kind of tasks it can cope with.

YOU CAN ALSO READ:   Steam://flushconfig: what it is and how to use it

Up to 1000 watts. This is low power. This is often found in hand-held models. But, given the specifics of their application, it may be enough. Such devices will straighten the wrinkles and refresh things. However, if the fabric is very wrinkled, you will have to take time to give it a decent look. In addition, a lack of power often means a lower steam temperature – it can cool off ahead of time and leave moisture on clothes.

1000-2000 watts. This power is considered average and is the most common. It is enough to cope with most of the tasks assigned to the steamer. 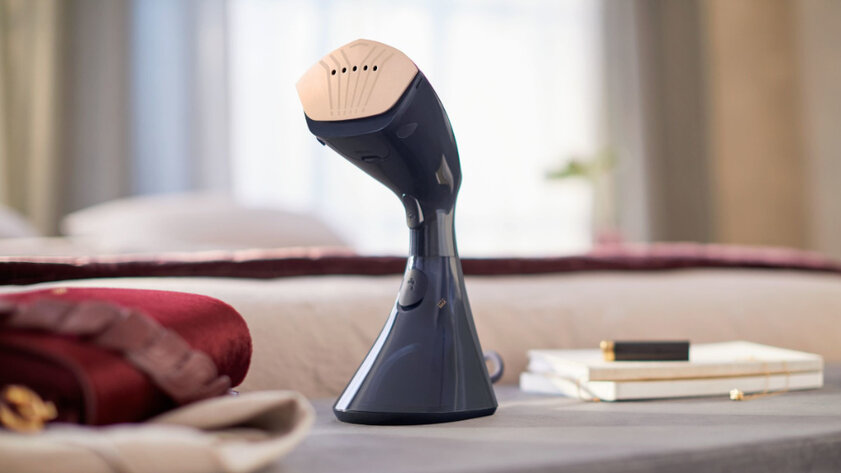 2000 watts and above. This power level is considered high. This is rarely found in portable devices. Basically, floor-standing and combined devices differ in similar characteristics. This power allows you to work with thick fabrics.

Another advantage of a steamer over a steam iron or steam generator is that the water heats up quickly. It takes not minutes, but tens of seconds. Typically, manufacturers include such indicators in the declared characteristics of devices. The shorter the heating time, the better. However, it is important to consider that it depends on the capacity and volume of the tank. A good indicator is considered to be 30 seconds. An acceptable indicator is 60 seconds. There are models in which the water heats up much longer.

This characteristic shows how much water evaporates per unit of time – it is measured in grams per minute. The higher the value, the better.

Up to 20 grams per minute. Appliances with this steam output are considered weak. Using them is tedious as it takes a long time to get things ironed out well. 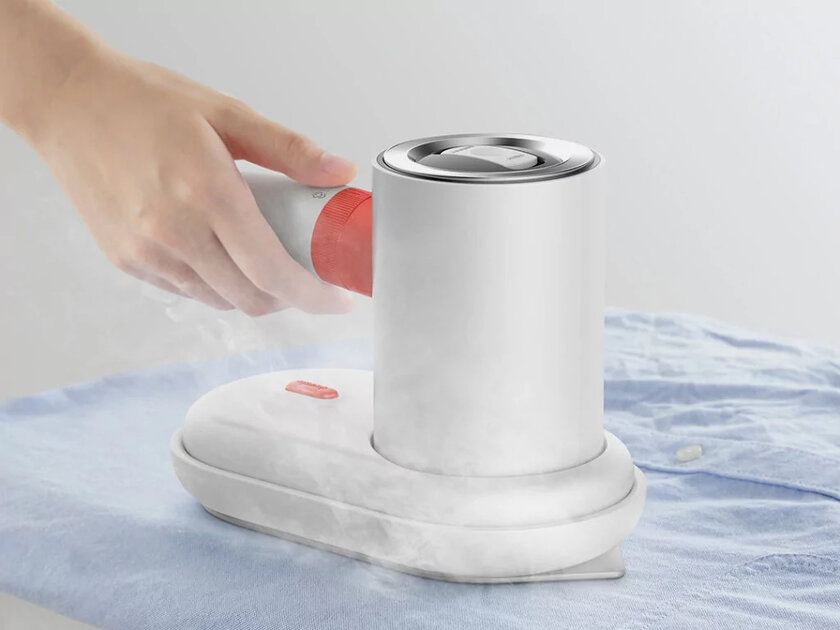 20-30 grams per minute. These are average values. Practice shows that models with such characteristics suit most users.

30 grams per minute or more. This is a high steam output. Such characteristics can boast of devices of the top lines, which are distinguished by their simplicity and ease of use. 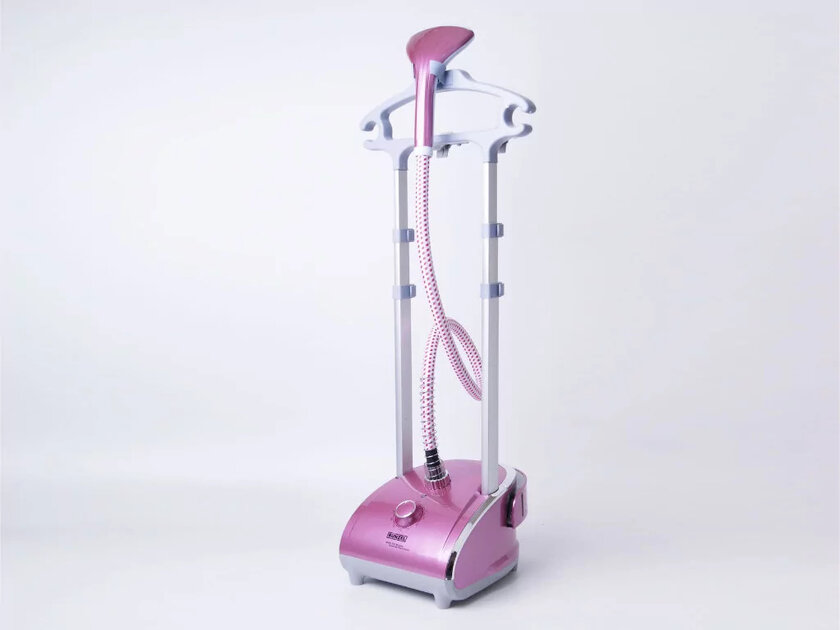 It is important to note that today the maximum steam output for most steamers is 55 grams per minute. Usually, manufacturers believe that making it large does not make sense. Moreover, some models are equipped with a steam boost function. It allows you to cope with dehydrated tissues. This process does not last long, but up to 120 grams per minute is consumed during it.

The smoothing quality also depends on the steam pressure, which is measured in the bar. At low rates, there may be problems with smoothing dry tissue. Better than it is above 3 bar. It should be remembered that manufacturers indicate not the working, but the maximum value allowed for the built-in water heater (boiler).

YOU CAN ALSO READ:   How to automatically delete temporary files in Windows 10

The efficiency of cleaning the fabric depends on the steam temperature. If this figure is below 110 ° C, the device will cope with smoothing, but it will not overcome old stains. Higher values ​​will smooth the clothes faster. Steam is considered optimal if it is heated to 130–140 ° C. It will remove stains and disinfect the fabric. 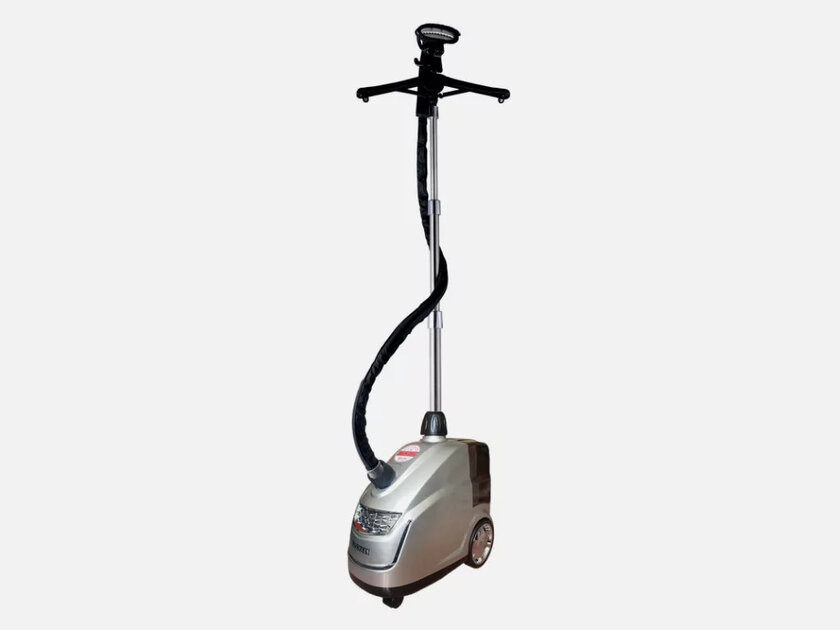 An important indicator if you need to put a lot of things in order. It depends on the volume of the tank and is measured in minutes. In addition, you need to know if it is possible to add water during operation. Some devices do not have this function, and to refuel. You need to wait until they cool down.

The minimum tank volume for hand steamers is 50 milliliters. This is enough for a few minutes of work. The most common container is 200 milliliters – it provides about 15 minutes of steaming. For floor-standing models, boilers of 1.5–2 liters or more are typical – in this case, there is enough water for 45–60 minutes of operation. 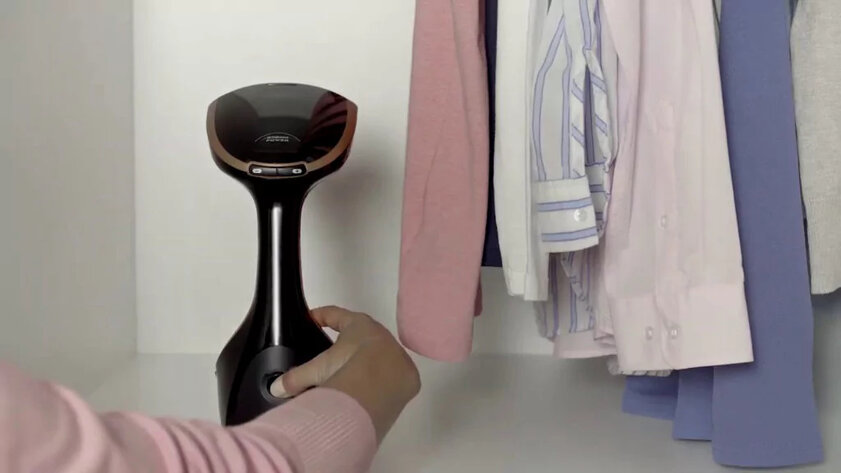 You can independently calculate the operating time of the steamer by dividing the tank capacity by the steam output rate. If the tank’s volume is 1.5 liters and the steam output is 30 grams per minute, we get 50 minutes of continuous operation.

Both the quality of ironing and the durability of the iron depend on the material of the sole.

Plastic. Such soles are used in budget models. They are less wear-resistant and exclude the possibility of installing an additional element for heating steam.

Metallic. As such, an additional heating element is often installed to heat the steam at the outlet. It can cool down while moving along the pipe, so condensation forms, which settles on clothes. In addition, the metal sole can be used for direct contact with fabric – to smooth out tricky creases. 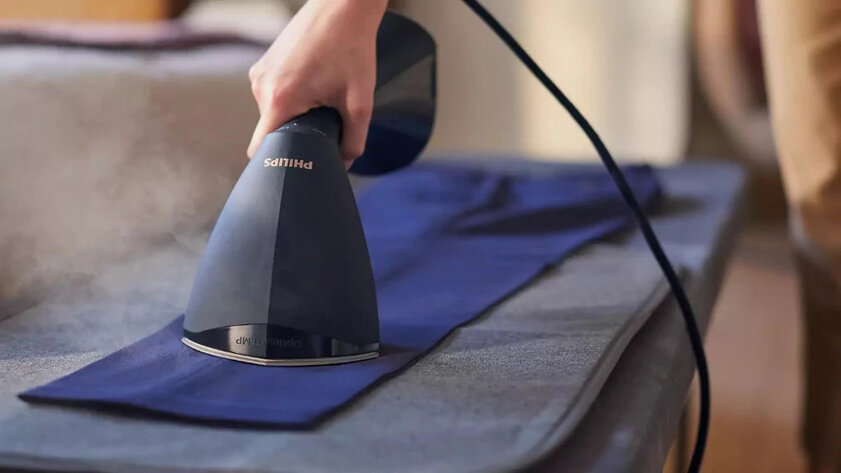 There are also ceramic soles, but these are rare. It is also possible to heat the steam and smooth the fabric with them, but the material is fragile. Therefore it requires a cautious attitude.

YOU CAN ALSO READ:   How to schedule a program to run at a specific time in Windows 10

How much scale will form depends on how dirty the water is. It is important not to allow it to build up excessively in the appliance, as it clogs the steam nozzles, reducing the efficiency of the operation. In addition, sediments will seek a way out, so white or brown flakes can fly onto clothing with the steam. To avoid having to wash after ironing, you must regularly clean the appliance. Fortunately, some functions simplify this task. But not all devices have them, so they have different water requirements.

Demanding. It is best to use distilled water in appliances that are not protected against limescale. There are no salts in it, and therefore, there is nothing to be deposited. But such water boils longer, which increases the preparation time and energy consumption. In addition, it will need to be additionally purchased, and this, although small, is still a cost. And it is not sold everywhere.

Undemanding. These devices can be filled with tap water as they have various descaling devices. Some are equipped with special containers where all deposits are collected. For cleaning, it is enough to drain the water from them and rinse them. 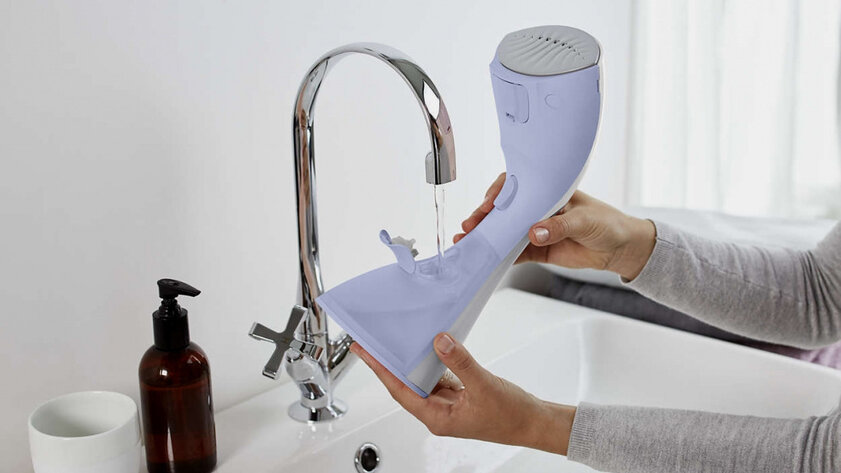 Additionally, the heating element can be protected with special reagents that partially prevent salt crystallization. The automatic cleaning function is quite common. When activated, the scale is ejected along with a powerful jet of steam.