When choosing a projector, the main thing is to find out in which rooms and under what lighting it will be used. It is also important to consider what resolution you plan to view images and how large the image size should be. These are not all parameters that should be taken into account.

Portable. These are small projectors designed for frequent portability from room to room. Some quite simple models do not have horizontal and vertical image correction – that is, the device must be placed exactly opposite the screen and at the appropriate height. True, for most gadgets, the ideal height is not required, since due to the legs, you can adjust their angle of inclination, and they have the possibility of correction. The most technologically advanced models can operate on batteries and have the ability to connect to various devices – including smartphones wirelessly. It is a shame that the speakers of most portable devices cannot provide good sound.

Stationary. Such devices are more massive and often weigh more than 6 kilograms. They are not designed for frequent portability, so they only work on the network and, in general, do not have wireless connectivity. Often, such devices are hung from the ceiling, placed on shelves, and placed on a bedside table in the corner of the room. Since they are not directed directly at the screen, they are equipped with a movable lens that can be rotated in all directions. This is how the picture is aligned. Stationary devices differ from portable devices in the better image and sound quality. 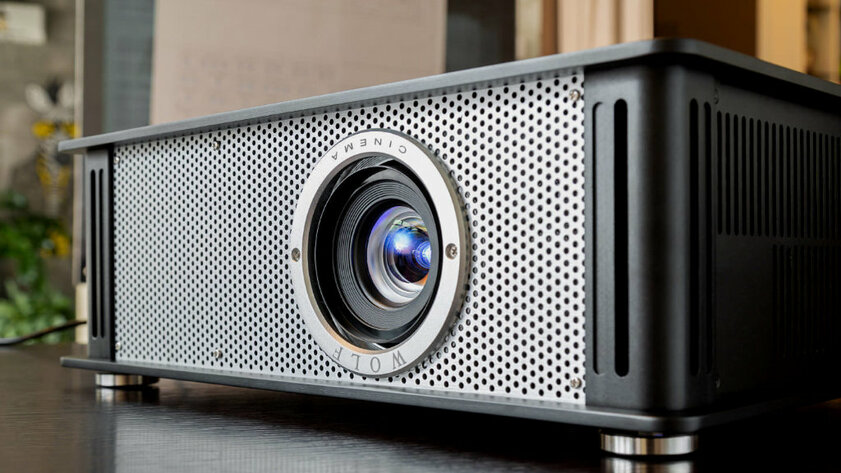 Universal. Such gadgets are more portable and often outperform them in picture quality. To reduce the cost, a movable lens is not installed on them. Instead, you need to move the device itself. For example, you can put it on the floor in front of the screen before viewing it and then remove it. Some models have the ability to connect wirelessly, which is convenient if you use them not only for movie shows but also for games. It’s a cross between the previous two projector form factors.

The type of projector determines the focus of the lens used in it. Depending on this, the installation distance of the device from the surface, which will act as a screen, differs – it is called the screen distance. You can understand its meaning by knowing the projection ratio. This is the distance between the lens and the surface divided by the width of the picture. The reverse calculation is also possible. For example, the image width is 200 cm, and the throw ratio is 1.5. Multiplying these numbers, we get 300 cm. That is, we set the projector 3 meters from the picture. It should be borne in mind that many modern devices have the ability to change focus. 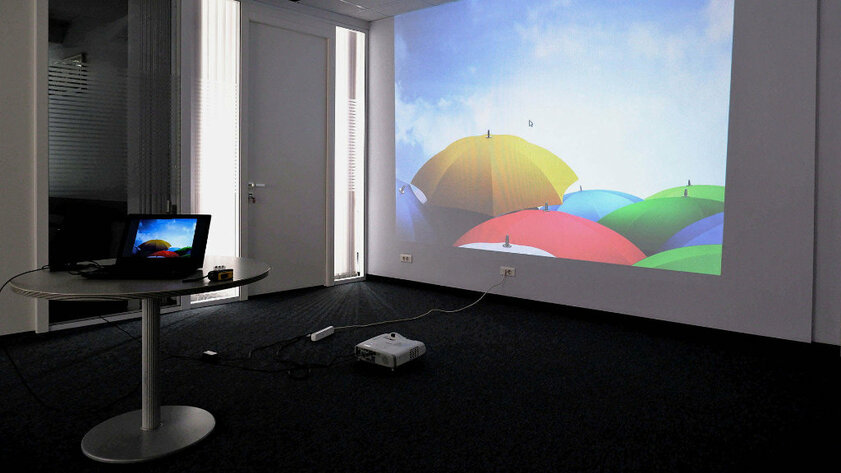 YOU CAN ALSO READ:   How to change monitor screen refresh rate in Windows 10

The brightness depends on what kind of ambient lighting will be acceptable for using the device and the possible width of the image. The projector emits light that is reflected off the screen – due to this. You can see what is happening on it. But if the ambient light exceeds the brightness of the device itself, the picture will be very faded. It is also worth taking into account the scattering of light – the closer its source is to the reflective surface, the less it is. There are several units for measuring brightness – for such gadgets. It is usually considered in lumens (lm). Guided by this value, you can understand what the device is capable of. But it should be borne in mind that some manufacturers may declare rates higher than real ones. 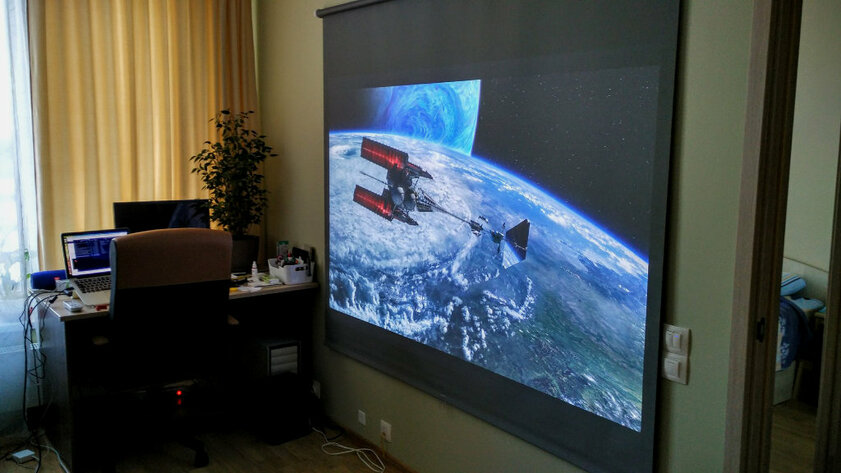 UHP – mercury vapor lamps. These are used in projectors quite often. Mercury vapors are in them under high pressure. In this environment, an electric arc glows between two tungsten electrodes. The latter is depleted over time, which leads to a gradual decrease in the intensity of the glow. But in general, it is high – this is one of the advantages of these lamps. They also have good color rendering and compactness. The main disadvantage is the service life, which rarely exceeds 2,000 hours.

YOU CAN ALSO READ:   10 Windows keyboard shortcuts only power users know about

LED – light-emitting diodes. The last 10 times longer than UHP. These can significantly reduce the distance between the projector and the screen. However, the brightness of such light sources is low – up to 1200 lumens. In addition, they need to be intensively cooled, which leads to a noisy fan operation. 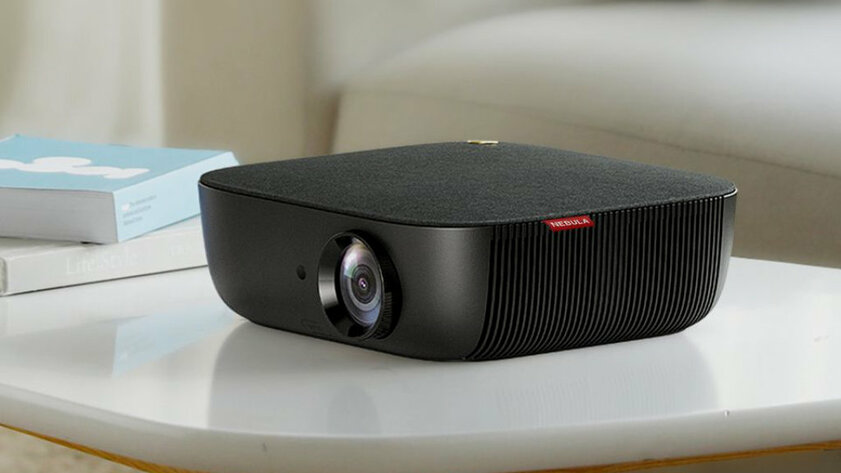 Laser-LED – laser diodes. They don’t need long distances. They can last more than 20 thousand hours, give high image quality and allow you to project it onto various surfaces. True, they flicker and sometimes give oversaturated colors, which is fraught with discomfort during prolonged viewing. The main disadvantage of lasers is their high price.

Xenon. These lamps use electrodes and special high-pressure gas. They give the highest luminous flux intensity. These sources are mainly used in professional cinema projectors. But they are also found, inexpensive home models.

LCD. The technology uses liquid crystals. The light passes through filters, breaks down into components, and then is collected using a prism. She forms the image. The main advantage is high brightness. Usually, even budget models with such matrices can be used in bright rooms, although there may be exceptions. In addition, the color reproduction is realistic. The only colors that can have slightly unnatural shades are black and gray. At the same time, the contrast is low. On screens with a large diagonal, image artifacts at the edges are possible. Trails may appear in dynamic scenes. The matrix is ​​vulnerable to dust and requires periodic cleaning. 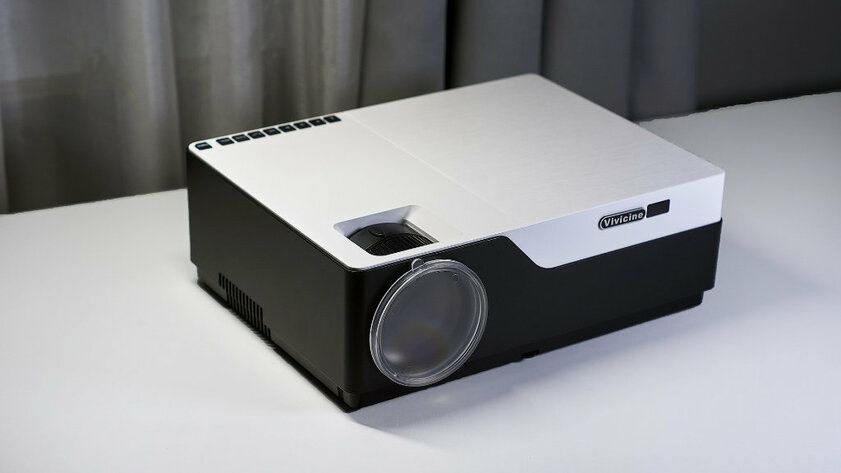 DLP. Uses a variety of miniature mirrors, a color wheel, and a prism. Dust is not terrible for such matrices. They are more suitable for 3D graphics and games. They have excellent contrast, realistic blacks, and overall picture quality—however, the image flickers, which increases eye strain. The brightness is low compared to other technologies. A rainbow effect may appear (separation of colors when shifting your gaze).

LCoS. Here the first two technologies are combined, and their disadvantages are leveled. The image is of high quality in all respects. No artifacts appear. Such matrices are reliable and provide high resolution. However, they are expensive.

HD (1280 × 720) is a budget option. This resolution is better suited for DLP matrices. With proper respect for the distance, the image will be perfectly acceptable. LCD projectors with HD format are not the best choice because of their visible interpixel grid. That is, the image is clearly grainy. Such a gadget is worth taking only if you really need it, and there are no other options.

YOU CAN ALSO READ:   Downloading the Amazon Alexa App for Windows 10 PCs

Full HD (1920 × 1080) – middle segment. Most of the projectors on the market use it. The picture at this resolution is already quite high quality. 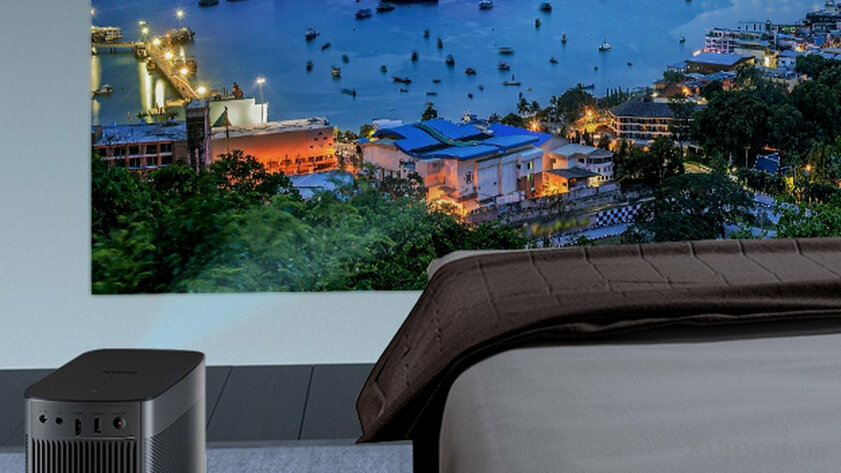 4K (3840×2160) is the premium segment. At this resolution, the pixel density is so high that they cannot be seen even at close range. The picture is vibrant and detailed. At the moment, this is the height of perfection for projectors.

VGA. Old technology for transmitting analog signals. With the improvement of technology, they did not stop using it, but it became necessary to convert the signal from digital to analog and vice versa. Because of this, the interface can cope with a resolution of no higher than Full HD.

RCA (composite interface, AV, or cinch)… Another analog type of connection, for which Full HD is the top of the possibilities. But since it is still found today, it is used on some projectors as an add-on.

HDMI. Interface for digital signal transmission. Both normal and high definition is available to it. Along with the video, it can transmit stereo sound and multichannel audio – for example, Dolby Digital. This connection is great for home theater use. 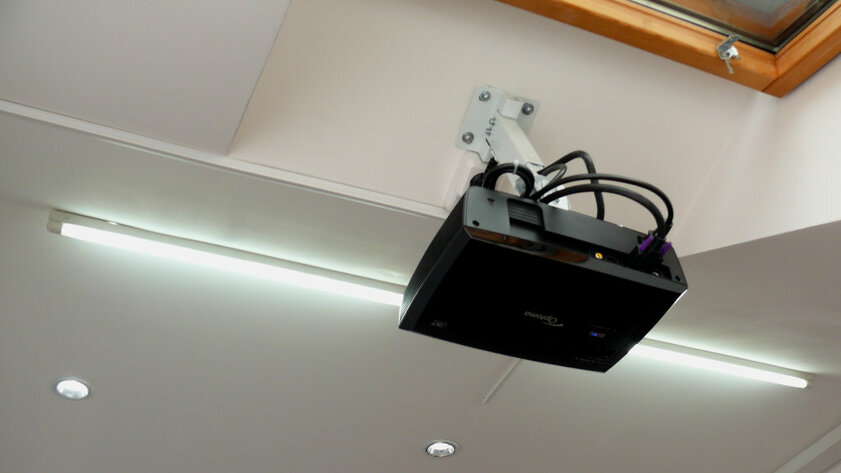 DVI. This cable only carries video, so an additional audio connection is required.

DisplayPort. Both sound and video are available to this standard. It is distinguished by the ability to transmit images of the highest possible resolution – 8K.

Wi-Fi. A wireless connection with clear benefits. With this, you can use various mobile devices – including smartphones. However, there are drawbacks: the data transfer rate depends on the obstacles in the signal path and interference that various household appliances and neighboring wireless networks create.

Supporting interfaces. Some devices are equipped with additional ports, particularly a reader for reading SD cards, which allows you to transfer video from a smartphone or camera. In addition, there are often USB ports – flash drives, hard drives, and some other devices from which you can transfer data are connected.

Flip the image. Many devices are equipped with a fixed lens that projects the image conveniently if the device is standing on the floor or at a slight elevation. But when the need arises to hang such a gadget from the ceiling, it will need to be turned over. Accordingly, for normal display, it is necessary to expand the picture. Some devices have this function.

Correction of perspective. Placing the projector too far vertically or horizontally will produce an asymmetrical image — for example, wider on one side than the other. In such cases, some devices automatically adjust the picture, bringing it back to normal.

Review of the new Smartwatch Samsung Galaxy Watch 3: A Handful of Long-Awaited Features

How to restore or update Windows 8 without DVD

The 7 best media players for Windows 10