Why do they say Mars has two faces? The mysterious history of the Red Planet

Mars has two faces has been talked about since it became possible to observe the entire planet with a more or less acceptable approach. The fact is that in its northern hemisphere, there is a huge lowland, which occupies up to 40% of the area of ​​the entire surface of the planet. If Mars had water, there would be an ocean. Actually, there are assumptions that water in liquid form on the planet used to be. They prompted some scientists to think that the depression was formed just under the influence of the liquid. The southern hemisphere is the exact opposite. It is distinguished by the deepest canyons in the solar system and the highest mountains. For example, the extinct volcano Olympus reaches a height of 26 kilometers (for comparison, the height of Everest on Earth is 8.8 kilometers).

At the base, there are steep slopes with a height of about 7 kilometers. The width of the volcanic caldera of the giant of the Red Planet is 85 kilometers. Its length is 65. And the width of the entire volcano is 30 times its height. The mountain is so huge that it is impossible to see it completely from the surface – apart is always hidden behind the horizon. Accordingly, when observing from the highest point, there will be a slope behind the horizon. Many other peaks also surpass all mountains in the solar system. Also, in the southern part of the planet, there are record holders in depth. We are talking about a network of canyons with a length of 4500 kilometers, and this is almost a quarter of the circumference of the entire Mars. The depth of the faults reaches 11 kilometers, the average width is 200 kilometers, and the maximum is 600. These formations were named Mariner Valleys – in honor of the Mariner-9 probe that discovered them. 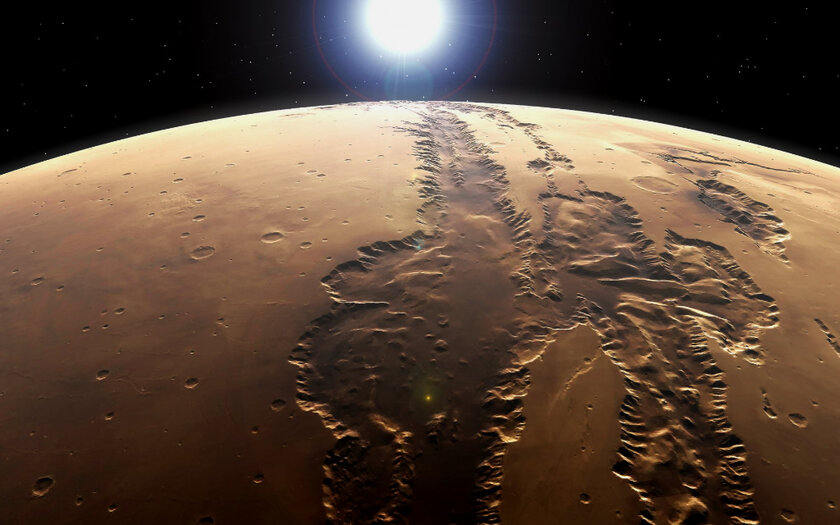 Scientists have not come to a consensus about the reasons for the big difference between the hemispheres of Mars. There are two main versions. According to one of them, the reason is volcanic activity. It is currently zero – at least there is no confirmation of its presence. However, about 3.8 million years ago, the Red Planet was shaking from constant powerful eruptions. It was the volcanoes that formed Mount Olympus and other peaks that became record-holders in height. Perhaps the Valleys of the Mariner also owe their appearance to eruptions and the Marsquakes caused by them. Indeed, as a result, a rupture of the surface and a failure of the substance could occur. 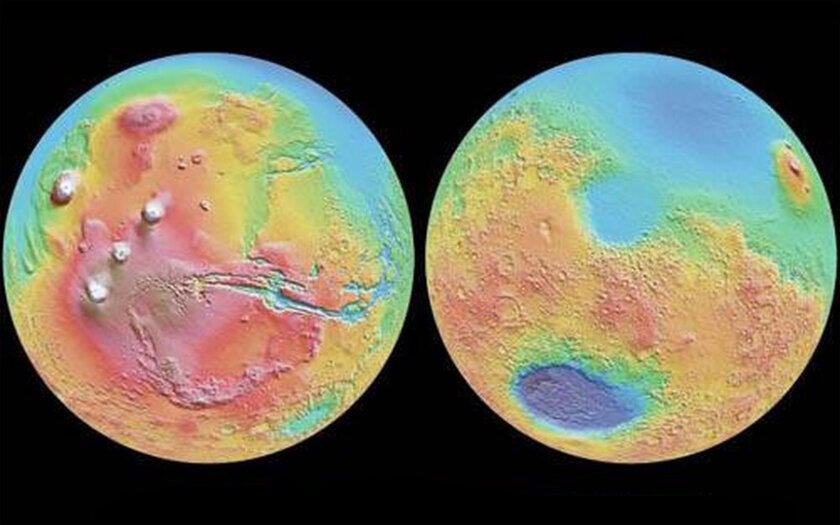 Therefore, in scientific circles, it was believed for a long time that there was a colossal expulsion of rocks from the bowels of the planet in the Southern Hemisphere, which formed such a relief. This was the only acceptable explanation until 1984, in which the second hypothesis emerged. According to her, a huge depression in the Northern Hemisphere is a consequence of a collision with Mars of a large celestial body at the dawn of the planet’s existence. As a result, huge masses of rock were thrown into space. The theory has undergone serious criticism since the lowland does not look like a typical impact crater – it is not rounded but elongated. In addition, the edges are uneven and vary in height. 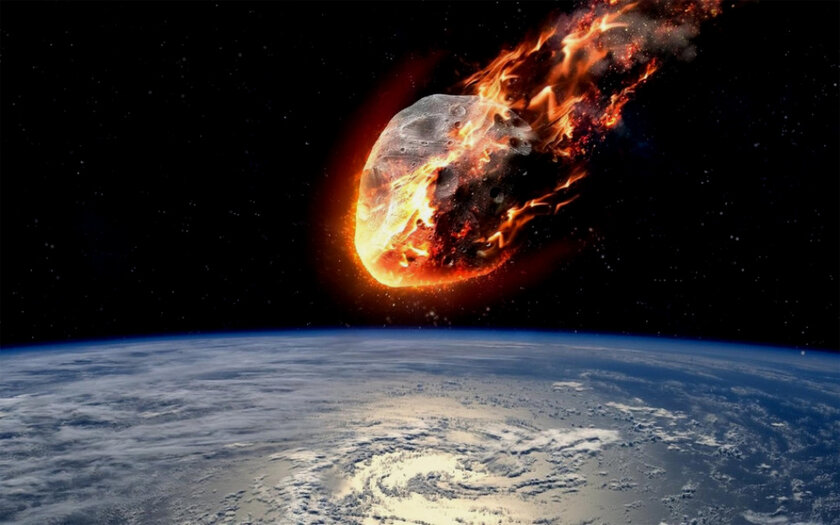 However, there are elongated craters on the Moon, so this version is quite viable. They originated in collisions with asteroids that fell at an acute angle. The irregularities of the edges are explained precisely by volcanic activity, which began after the meeting of Mars with a large object. Probably, its diameter was about 2 thousand kilometers (more than Pluto), and it crashed into the planet at an angle of about 45 degrees. Using data collected by orbiting probes, it turned out that before the volcanic impact, the lowland had an outer raised edge, and this is the hallmark of many impact craters.

YOU CAN ALSO READ:   Don't Buy A Watch Without VO2 Max Tracking: Why This Metric Is Important
0

Do you like Loki? 10 movies about time travel paradoxes that are no worse

If Google solves these 5 problems, Wear OS will be like Android, but in the world of smartwatches